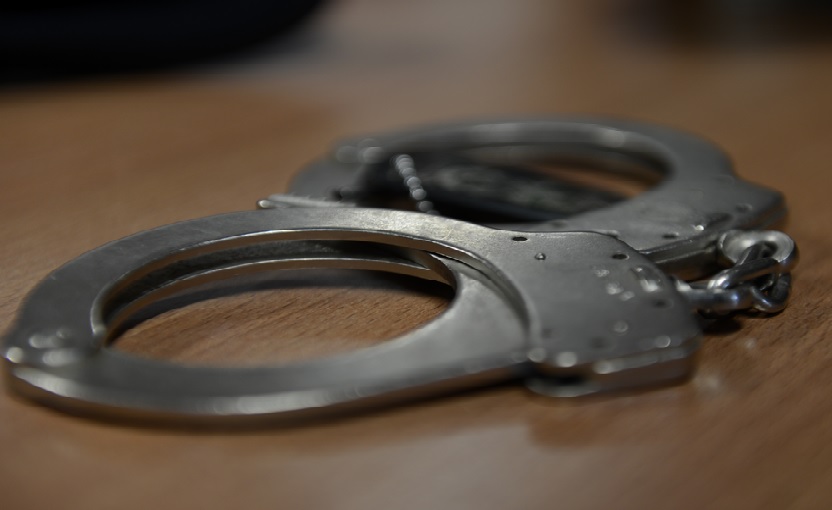 I am posting a rare “mid-week” post to remind you of the fundamentals and dangers of using handcuffs.

As I warned in my original post back in 2014, handcuffs are a temporary restraint and you need to be constantly vigilant with your suspect.

He was handcuffed to a chair by one wrist and left unattended.

The suspect got the handcuff off of the chair (police are still investigating how) and tried to slip out of the room. As he left, he encountered the detectives and put up a fight.

He used the handcuff still attached to his wrist as a weapon against the officers and was able to break free from the detectives. The two detectives suffered bruises and scrapes.

And don’t think of these as two fat, dumpy cops. I’ve read that they’re physically fit – meaning this can happen to you too if you drop your guard!

If you’ve gotten my book How to Make A Citizen’s Arrest then you know my feelings about using handcuffs as a private citizen (unless your a loss prevention officer, bounty hunter or otherwise need them for your job), but if you decide to use them, please remember they are not some magical device that ensures your safety, the safety of the suspect or the safety of those around you.

Look, I’ve lived a lot of this life and can only say, I’ve avoided many problems like this one strictly “by the grace of God”, but sometimes it’s because He gives us the grace to follow proper procedures even when they are hard or inconvenient. 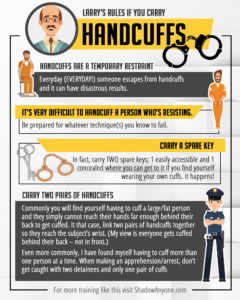 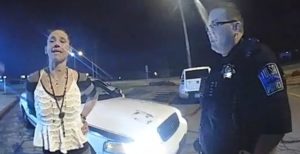 In Tulsa, a woman was handcuffed and placed in the back of a police cruiser after being stopped in a reportedly stolen car. Hint: She’s suspected of stealing one car… she might just steal another.

Three (THREE!) officers left her unattended in the police car and she managed to get into the front seat and drive off with it. And by “drive off” I mean steal it.

Many police began pursuit running lights and sirens and they caught her within minutes.

If you want to know where things went wrong, the key word here is “unattended”.

On June 29, 2018 another bad guy slipped his cuffs, assaulted an officer and escaped.

A Tuscaloosa County man in Tennessee with a long criminal history was arrested by the Highway Patrol near Nashville in possession of a car reported stolen in Tuscaloosa.

While en route to jail, he slipped from his handcuffs, assaulted the officer and escaped.

I’m confident this goof-ball will be caught (and caught soon), but let’s all remember basic handcuff safety.

In late July, 2018, a Texas prisoner being transported to Abilene by the sheriff’s department was able to free one wrist from his handcuffs, shatter a window of a moving patrol car on a highway and climb onto its roof.

The prisoner had assaulted another person while in the hospital and was being discharged for safety reasons.

As I’ve shared with you before, it’s not at all easy to handcuff a person who is refusing and this case was no different. It took a deputy and three other staff members to secure handcuffs and leg irons on the prisoner.

After crossing into Archer County, the prisoner was able to free one wrist from his handcuffs and use it to shatter the rear passenger-side window of the patrol car.

The deputy called for back up and, after a short foot chase, they re-captured the prisoner.

Police are searching for a man who escaped from police custody after being treated at a hospital.

The 30 year old, white male fled a police officer after being treated at a hospital in Michigan.

Police arrested the man on undisclosed outstanding warrants around 8:30 p.m. Sunday, Aug. 26. On the way to jail, he was taken to the hospital after he complained about a medical problem.

Once he was treated, he escaped the officer who was taking him to a patrol car.

He was handcuffed in front, barefoot, and wore only a black T-shirt and gray shorts.

Authorities on Tuesday afternoon arrested a 40-year-old man on suspicion of stealing a San Jose police patrol car while in handcuffs earlier in the day and fleeing to the East Bay.

The initial incident began at 5:30 a.m. Tuesday, when San Jose police officers were dispatched to a suspicious vehicle.

When officers arrived, they found a man in the vehicle and arrested him.

Officers placed the man in handcuffs, arms behind his back, and put him in the back seat of a marked Chevrolet Caprice patrol car. The officers then continued their investigation.

As is standard practice, the patrol car was in park with the engine running, a police Sargent said.

“This guy was able to clearly put the handcuffs in front of him,” the police Sargent said. “He was able to somehow open the door from the exterior, get in the driver seat and drive away.” [Larry’s Note: Because he was UNATTENDED!]

“There will be in internal investigation to determine what happened,” the Sargent said. “At this time, it does not appear that the officers did anything wrong. It appears they followed San Jose Police Department protocols and procedures.” [Larry’s Note: Really?] 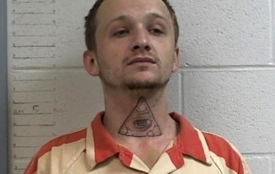 The manhunt continues for an escaped Missouri inmate briefly recaptured by authorities some 300 miles away before he managed to flee in a stolen police cruiser.

The suspect managed to break out of jail around 9:30 p.m. Saturday, in Missouri. Then, Saturday night, was re-captured in an Oklahoma parking lot on Wednesday after he kidnapped a woman, who managed to slip away and alert authorities.

The woman said she was taken at gunpoint, but was not injured in the incident.

Despite being cuffed in the backseat of a police cruiser, the 30-year-old suspect managed to free himself and sneak through the cage to steal the vehicle.

“He somehow got the cuffs to the front of him and somehow managed to get through the window in the partition while my guys were interviewing the victim,” the Police Chief said. [Larry’s Note: “Somehow”?!?! Really?!? Here’s how he did it… The suspect was left UNATTENDED!]

The suspect drove a few miles away before he crashed the vehicle into a tree. Authorities suspect he fled on foot from there.

He had been in jail since February, when he was arrested for threatening to kill his girlfriend and her 8-month old baby. He also told responding officers that he had a gun and that he would kill them too.

To escape jail, the subject climbed into the ceiling of his cell, made his way across the rafters and then fit himself through an access hole leading into a maintenance closet reserved for staff.

From there, he managed to find his way out of the jail unnoticed. Officers did not realize he’d been missing until the early hours of Monday morning. Authorities are still trying to understand how the escape went undetected. [Larry’s best guess… a guard surfing social media rather than doing his job.]

At the time of this posting, the suspect is still at large.

6 thoughts on “Suspect Used Handcuffs as a Weapon to Escape”