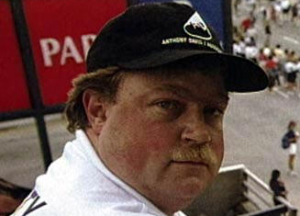 Use your sources and methods combined with “taking action” to create your own luck and solve the cases that stump other professional investigators!

And Opportunity is EVERYWHERE!

Okay, I don’t believe in “luck” so much as things happen and we act and react; hopefully to the advantage of us and others.

“Determine the price you need to pay for success and resolve to pay it.” – Brian Tracy

Vigilant Security Guard Richard Jewell noticed a suspicious package near the bleachers at Centennial Park in in the late 1990’s during the Olympics.

He began to clear people from the area and the package (a bomb) exploded killing one and injuring 111 others.

Initially the the feds looked at Jewell as a suspect. In fact, they did some super-shady things to try to get an admissible statement to use against hem, but since he was the hero and not the bad guy, their sneaky tricks didn’t work and his major loss was his reputation until he was cleared!

However, the F.B.I. eventually found it was Erich Rodolph who made and planted the bomb. They put him on the F.B.I.’s Ten Most Wanted List… for years.

Rudolph was willing to live essentially like an animal in the woods and evaded capture for years until a local Deputy saw him picking through a dumpster, thought he looked suspicious and arrested him.

Now, we can say, “My goodness! How lucky that Deputy saw him acting suspiciously. What good luck!” But, think of it this way…

The F.B.I. made their own luck by keeping the pressure on Rodolph. They ensured he had to live in such a way that his behavior would be suspicious to a trained person. Without the pressure, Rodolph could have easily returned to society and live “below the radar” for decades! Need an example of that? Just look at James Joseph “Whitey” Bulger Jr.

Side note: I’ll be interested to see if they every get a conviction on the guy who killed Whitey.

What’s In It For You?

Collect and develop sources and methods that allow you to “turn up the pressure” on the cases where other investigators have failed. Then act, using the skills and knowledge you have to close the case!

Remember… Opportunity is everywhere. Especially at your local courthouse.

Pro Tip: Learn to go through case files at your local courthouse to pick up information every one else is missing!

Learn and Take Action to set yourself in the Top 10% of professional investigators!

P.S. – Don’t miss my special report titled… If You Want To be a Private Investigator Give Up… Unless You Do These Three Things. You can get it right here