A follower asked me what to do if a police officer is overly aggressive when he approaches you while you’re conducting a surveillance and even gets to the point where the cop threatens to arrest you if you don’t tell him who your watching!

He also asked if I thought showing the officer state law about private investigator or process server confidentiality might help.

Let me share with you my experience interacting with the police while working surveillance.

First of all, most of the time, you won’t have to deal with an officer.

Maybe you’ve called ahead to let them know you’re working near this or that intersection, but they really don’t approach you unless someone calls you in as a suspicious person. That does happen sometimes.

As far as an aggressive officer demanding information about my case or client? I’ve never had an officer be like that.

I have found if you tell him, “It’s a civil matter” that usually makes sense to them and they realize they are on the street for criminal maters only.

Also, and I’ve never had to do this, but I suppose one could ask to speak with a Sargent.

Finally, I don’t believe any citizen has ever been able to show an officer a legal statute and had the officer change his mind about how he’s handling things.

Always, I would move on if he want’s me to move on.

You can challenge that win later in court, but on the street, the cop always (Every. Single. Time.) gets his way. Don’t try to fight it. 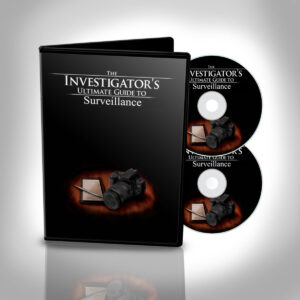 In the meantime, this is Larry Kaye reminding you to do the right thing, even if it’s the hard thing.

Committed to your success and safety,
Larry Kaye, P.I.

P.S. – And, of course, don’t miss my special report titled… If You Want To be a Private Investigator Give Up… Unless You Do These Three Things. You can get it right here…

Online “trainers” make this mistake all the time and I don’t want you to get into their bad habit (of ignorance, I presume) and that’s to refer to all public records request as F.O.I.A. request or Freedom of Information Act request!

F.O.I.A. is for federal public records.

Unless your state just happens to refer to their public records statutes as FOIA, then that state may have a public records law, but it’s not called F.O.I.A.!

Also I have a bonus tip in this weeks video that can save you from throwing up red flags when your new and speaking with an experienced professional investigator.

And, of course, don’t miss my special report titled… If You Want To be a Private Investigator Give Up… Unless You Do These Three Things. You can get it right here…

P.S. – My previously invitation only Public Records Mini-Course is open to the public so now you can learn about criminal records history, divorce records, OSINT sources and methods and other skip tracing and background check secrets use by professional investigators!

No one telling you you don’t qualify fro access because you don’t have a P.I. license with the state!

No lies or pretexts needed!

Just rock solid sources and methods to get the information you need.

Private Investigators use a variety of sources and methods to find people and do background checks including the liberal use of public records. 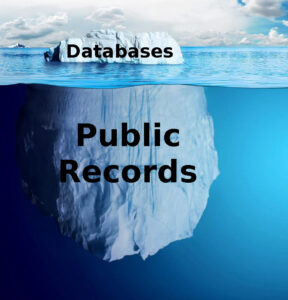 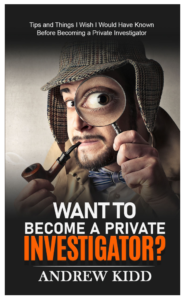 Let me know if you have any questions.

Continue to work on making yourself the best version of you that you can be! And, as always, do the right thing even if it’s the hard thing.

P.S. – Want more solid info like this? Then don’t miss my special report titled… If You Want To be a Private Investigator Give Up… Unless You Do These Three Things. You can get it right here…

On this episode of The Private Investigator Podcast with No Name, I read from my book How to Make a Citizen’s Arrest and includes some bonus information from his real world experience.

P.S. – Want more solid info like this? Then don’t miss my special report titled… If You Want To be a Private Investigator Give Up… Unless You Do These Three Things. You can get it right here…